Autobiographical writing and autofiction have changed both in form and technique over time. The end of certainties, coming at the beginning of the 20th century with new discoveries and knowledge, raised doubts about the possibility of a true grasp of the self in the form of a traditional autobiography. The limits of the genre were reflected in theoretical works such as Philippe Lejeune’s Le Pacte autobiographique (1975), in which he distinguished between the author, narrator and protagonist of the text (1996). His structuralist typology of homodiegetic texts inspired the response of Serge Doubrovsky (Fils, 1977, L´Initiative aux maux. Ecrire sa psychanalyse, 1979, Autobiographie, vérité, psychanalyse, 1988), the creator of the term “autofiction”, which some considered a modern form of autobiography or a post-Freudian version of discursive self-representation, or alternatively postmodern self-exhibition in the public space of the media. Doubrovsky drew attention to the similarities between autofiction, autobiography and the novel while distinguishing between them at the same time, emphasizing the potential and the paradoxes of autofiction as a new genre (see e.g., Joël Zufferey: L’Autofiction : variations génériques et discursives, 2012). Similarly, post-structuralist theories – drawing from Paul de Man’s essay Autobiography as De-facement (1979) – criticized the traditional understanding of autobiography as a genre defined by factual narrative. The complexity of grasping the phenomenon has been documented by attempts to approach it from various perspectives. Semantic or referential approaches, focusing primarily on the veracity of the subject of the narrative and its transformation through art (e.g. Vincent Colonna: L´Autofiction, 1990, Autofiction & autres mythomanies littéraires, 2004) have been complemented by attempts at a stylistic definition (Laurent Jenny: L´Autofiction, 2003). German literary theory in the new millennium emphasizes that (contemporary) autobiographical writing cannot be understood as a straightforward, authentic document, but as an independent artistic construct that self-reflexively comes to terms with the process of writing (e.g., Michaela Holdenried: Autobiographie, 2000, Martina Wagner-Egelhaaf: Autobiographie, 2005). Instead of the traditional term “autobiography”, the wider and more flexible term “autobiographical writing” is used to accommodate the problematic dichotomy fiction – reality and the various understandings of identity and memory (see e.g., Ulrich Breuer – Beatrice Sandberg /eds/: Autobiographisches Schreiben in der deutschsprachigen Gegenwartsliteratur. Bd. 1. Identität und Fiktionalität, 2006). However, literary practice is even more diverse and often reveals the gaps in the various theoretical approaches. 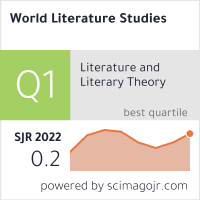